Why is Asphalt Used to Make a Road Surface? 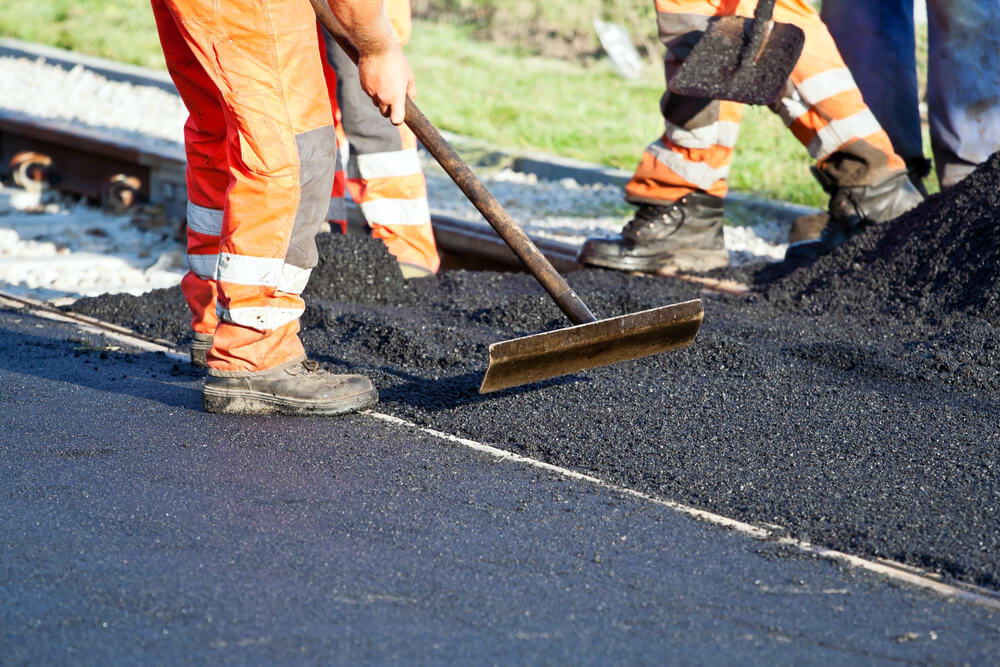 You may take it for granted, but asphalt is one of the most used materials in construction today. This isn’t a coincidence as asphalt is a superior product to typical cement in many ways – but to best understand this completely we need to know a little bit of history.

A brief history of roads.

While the entire history of roads is endlessly fascinating, the briefest synopsis is that paved roads date back to Mesopotamia around 4000 BC. Modern techniques didn’t really develop until the 18th century when engineers started to make roads in three layers.

According to Arlington Paving and Sealcoating, one of the top local asphalt companies in Arlington, Texas, roads are made in three layers. This ensures the maximum toughness and your ensured safety. The bottom layer flattens everything out, the second layer is the major binding agent – in this ca, e asphalt – that fuses the top and bottom layer, while the uppermost layer is often the hardest.

It is an aggregate of material, typically sand and crushed stone bound together by a cement. Many large structures have been built out of concrete, such as the Roman Pantheon and Panama Canal. Asphalt is a type of concrete and ideal for road construction.

In its basic state, you would see asphalt as a thick, sticky, and dark liquid. Called bitumen outside of the United States, its primary use is made for road construction as a binding agent to fuse particles together. Asphalt is known for being more flexible than traditional concrete.

Is asphalt better than regular concrete?

Asphalt is extremely hard and durable, yet has enough flex to not crack. Concrete is also notable for being notoriously difficult to remove and replace compared to asphalt. So easy is asphalt to use and repair, that many people outside of construction can put it down in their driveways.

How is asphalt manufactured?
Asphalt manufacturing is a long process, but you’ll find it roughly as a distillation of crude petroleum into a workable fluid. From there it is taken to a hot-mix facility where it is mixed in with the aggregate and transported via truck, and then melded into a flat form.

Petroleum? Does that mean asphalt is bad for the environment? While it is true that there is some carbon emissions associated with the manufacturing process, you don’t need to worry as asphalt is actually known for being a 100% recyclable product. In addition, but construction jobs are done much faster with asphalt than with regular concrete.

What else is found in asphalt?
To make it more resistant to traffic-related stresses, modern day manufactured asphalt is often mixed with polymers. To ensure that the road will survive in both the extremes of winter and summer, asphalt is mixed with both fine and coarse aggregate.

Tell me more about these polymers. These plastics are often made from waste to keep down costs. By recycling these plastics into polymers, countries like India have cut down on their garbage considerably why also creating a superior asphalt.

Is asphalt found in nature?
While most asphalt is manufactured, there are extensive amounts of it found in nature. Typically coming from dead algae and other living things millions of years ago. As these dead things accumulate, they are transformed by the intense underground pressure and heat into asphalt.

How is an asphalt road paved?

You’ll find several steps to paving a new road, including planning and excavation. The actual paving process starts with a lower gravel layer, a binding layer made from asphalt, and a surface layer that provides the toughness. Roads are engineered to combat the elements.

Roads made to ensure they don’t flood or fracture. The aggregate is forced into an angular shape to support large trucks. To make sure that it doesn’t flood, the road is often slopped, with the center of the road at a slightly higher elevation than the sides. On the sides, sewers and drainage are installed to better combat this water.

Other uses of asphalt
Asphalt, or bitumen, has been used since ancient times for waterproofing, as an adhesive, and an embalming agent. In the modern day, you’ll find asphalt is often used in roofing, as an insulation around pipes, underneath carpet and tile, and even as a soundproofing agent.

As you can see, asphalt is an incredibly useful substance with a myriad of applications. In road construction, it boasts multiple advantages over other materials – especially traditional concrete – such as flexibility, strength, and even being better for the environment.

Baby boomers are a group of people born between 1946...
Living

Water Leak at Home, What to Do?

Uh oh, the dreaded adult problems, when something in your house goes wrong. We’ve all been there; unfortunately, we stumble…