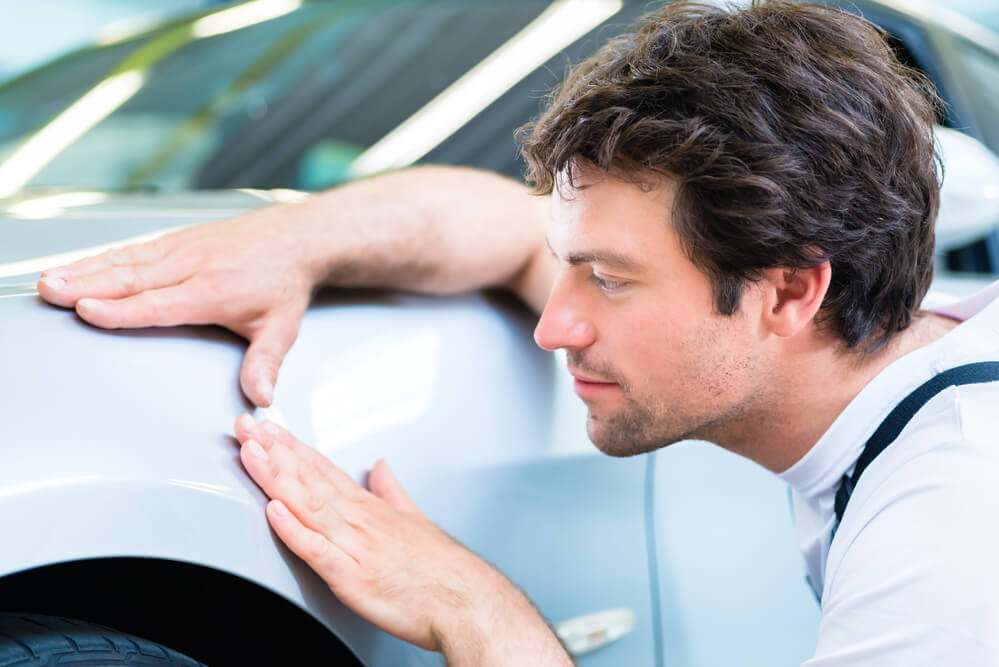 You’re getting into your car, and you spot a dent on the side of the door. You take a quick look and realize no paint has been damaged. You remember hearing about paintless dent repair but wonder: how is paintless dent repair done? Is it a gimmick? Is it safe for my car? Read on for the answers to these questions.

What is Paintless Dent Repair?

When you get a dent in the body of your car, and there is no damage to the paint you can get it fixed without having to do major body work. Because it is much easier than typical bodywork, a specialized technician can get rid of a dent in your car quickly and for much less money.

There are steps that need to be taken to complete a paintless dent repair.

There are many benefits of deciding to get paintless dent repair done to fix your car:

When can Paintless Dent Repair Not be Used?

There are certain instances when paintless dent repair is simply not an option. For instance, if there is a chip or scratch in the paint, the paint will obviously be needed to fix it. Also, as previously mentioned, the technician needs to be able to access the dent from the inside, depending on where the dent is, this is not always possible. Finally, it can only be used on metal, so plastic components of the body are a no-go.

What about Do-It-Yourself dent removal?

For the fee you are going to pay, this type of job is usually best left to the professionals. Not having proper tools and techniques can often end up causing even more damage. As you can see in this video, someone tried to fix the dent themselves and ended up having to bring it to a paintless dent professional in the end. Plus, the dent was worst than what it was in the beginning.

Worst case scenario, when you try doing the job yourself, you may even chip the paint having to then bring it to a body shop which will take much more time and put an even bigger dent in your wallet.

A paintless dent repair is a great option for getting small dents in your car fixed. If there is no damage to the paint, and it is possible to access the dent from the back, you are good to go. You will save time, money, and maintain the authenticity of your vehicle without having to touch the paint.

We’ve all seen the magic that locksmiths can work when...

What Happens When Water Gets In Your Walls?

Water can cause a number of issues in your home, especially when it is able to get into the walls…

What is a Common Method of Pipeline Leak Detection?

If you’ve been putting…

Are you looking for…