What Can You Do with an Audio Engineering Degree?

Home  »  Technology   »   What Can You Do with an Audio Engineering Degree? 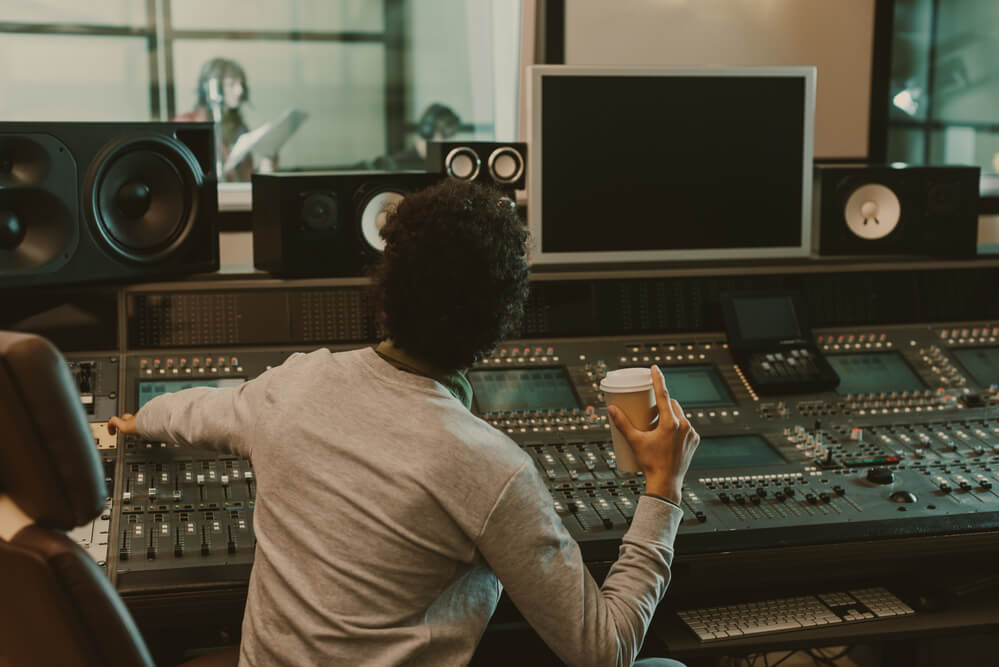 According to the US Bureau of Labor Statistics, the sound engineering field is expected to expand by 8% by 2024. Having an audio engineering degree is integral to taking advantage of this growth, but there are a few things you should know about the field and degree first.

What Is an Audio Engineer?

There are many different career paths an audio engineer might take. Typically, you’ll find them in the background synthesizing, recording, or adding additional sounds to help a music producer and musician get the sound they want.

Where Do Audio Engineers Work?

Just about anywhere that involves a great deal of music and sound creation, you’ll find a person with an audio engineer degree. Expect them at film, television, and music studios, along with band crews, auditoriums and opera houses.

What Does It Take to Be an Audio Engineer?

First and foremost, you’re going to need a love for music and sound. You also have to be willing to adapt to deal with electronic equipment, along with having an appreciation for new technology. An audio engineer named Lee gave an interview on YouTube that goes into more detail about what it takes to do his job.

Especially in the current economy, a degree is mandatory for audio engineering. Undergraduate majors centered around sound engineering can include audio technology, music production, or broadcast technology.

Ideally, you’ll want to go to a school that specializes in audio technology. One of the most well-known schools is the Avant Media Institute, which offers a degree program for an audio engineer in Houston, Texas. It is noted for having small classes, great hands-on methods of instruction, and its use of state-of-the-art technology.

What Are Some of the Careers in Audio Engineering?

There are several different options open to people sound engineer degrees. The three most common are the recording engineer, broadcast technician, and monitor engineer. While it can vary quite a bit, these careers typically earn anywhere from $25,000 to $45,000 annually.

This is probably one of the careers you thought of when thinking about an audio engineer degree. This person works in recording studios mixing and editing music as needed. They can work for professional musicians or even for commercial sound editing companies.

Monitor engineers deal with more of the mechanical aspect of audio engineering. These people are expected to set up, maintain, and control stage speakers and other equipment for live shows. They often use a mixing console to monitor a band’s equipment in real time.

What About Some of the More Advanced Career Options?

Many advanced careers require a master’s degree in audio engineering along with multiple years of experience in the field. With these under your belt, you can expect your career path to lead you to positions as a remastering engineer or a studio manager.

These types of engineers specialize in revitalizing older recordings by updating them. A remastering engineer must know how to work with vinyl, cassette tapes, and CDs. Depending on the level of mastery, they typically make around $50,000 annually.

The logical progression for a recording engineer, studio managers watch over the creation of all recordings within a studio. They are in charge of recording engineers and organize recording sessions, along with maintaining the finances of the studio.

Are There Any Other Careers I Can Get Into with an Audio Engineer Degree?

Plenty! Berklee College of Music has a whole list of different career paths for people with a sound engineer degree. These degrees can be used in just about any form of media that has sound: film, music, video games, theater, and dance.

There are quite a few degrees that are interrelated with the sound engineering field, such as information technology specialists, electrical engineers, and even video editing and software development.

How Do I Use My Degree the Most Effectively?

I recommend you start by getting integrated into the audio production and engineering field even before you get your degree. Like all other career paths, much of what you do is dependent not only on your training, but also who you have networked with.

Audio engineering degrees can offer plenty of different careers paths and an impressive amount of income. If you have a love for music, people, and the technical aspects of sound mixing, recording, and editing, this degree is probably the one for you.

What is Startup Repair on my Computer? (ANSWERED)

Even the toughest computer has an off day - thankfully...
Technology

Gone are the days where laptops were considered as a...
Technology

So you’re using your iPhone just fine, checking your messages,...

What Is Business Auto Insurance?

What is the Difference Between a Cosmetic Surgeon and Plastic Surgeon?

Come as you are and leave as you wish! Cosmetic surgeons are the magical genies of our time who can help…

What is Startup Repair on my Computer? (ANSWERED)

If you’ve been putting…

Are you looking for…

We take our work…