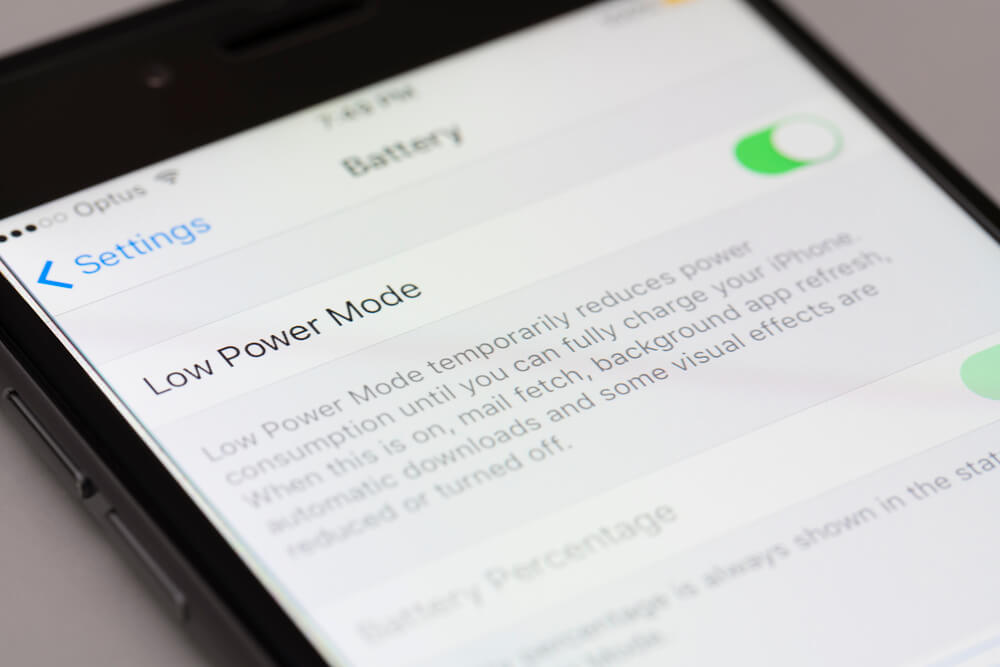 So you’re using your iPhone just fine, checking your messages, going through your app notifications… and suddenly, the battery icon in the top right corner turns yellow. You haven’t done anything in the settings, so why the heck has it changed color? According to BreakFixNow (website), this happens to preserve your battery life. We’ll explain.

What is Low Power Mode?

Your iPhone has a battery-saving mode called “Low Power Mode,” which does save battery life. You might wonder why one doesn’t always use Low Power Mode if it saves battery life. There’s a great reason for that. Despite conserving battery, it can also impact the functionality of certain features.

For example, you might have to manually check some apps for new notifications, instead of receiving them automatically. If you’re waiting for an important email, this might be a problem for you.

Another change is that your phone will auto-lock at 30 seconds. It doesn’t matter how you set your preferences; that’s just what it does in Low Power Mode. Hey Siri will also be off, as well as most background app refreshing.

Other things that will be affected include automatic downloads (they won’t start until your battery has a higher charge) and some of the iOS visual effects. Your iCloud Photos will also be paused until you’ve charged up more.

If you hit accept, there you go. Many people skim these types of prompts because they often don’t really ask anything of import. This is one of the times that it does!

When Does Automatic Low Power End?

With the exception of manually turning it off, your phone will automatically switch back to normal function after your phone has been charged. You don’t have to charge it completely, just to 80%.

Bear in mind this won’t happen if you put your phone in Low Power Mode manually. If you started it manually, you’ll have to end it in the same manner. We’ll explain how below.

All you have to do is go to the Settings app, then to the Battery section. There, you’ll see Low Power Mode with an on/off toggle to the right of it. Tap the toggle, and you’re in Low Power Mode, no matter what your battery’s percentage might be!

My Battery is 20% or Less, But I Need Notifications!

Sometimes it’s more important to have full functionality of your phone, rather than a couple of extra hours of battery life. Maybe there’s a very time-sensitive task that requires you to respond to your boss’s email immediately, for example.

You can use the exact same steps that we explained in the last section, you’ll just move the toggle to the off position by tapping it. Just a reminder, you’ll find it to the right of Settings>Battery>Low Power Mode, which you can see a photo of at Apple’s official website.

I Need to Use Low Power Mode A Lot, is There an Easier Way?

There is! At least, if you have iOS 11 or later. One of the MANY upgrades added to iOS 11 is the ability to add Low Power Mode to your Control Center. Control Center allows you to access the apps and settings you use most. Think of it as a type of short cut.

If you’re often swapping into or out of Low Power Mode, and you’re sick of navigating all the way through the Settings app, this is a great workaround. You only have to do the set up once. After that, it’s easy to access straight from your Control Center.

Here’s how you do it: Go to Settings, then Control Center. Choose Customize Controls from the menu, and then More Controls. Tap on Low Power Mode. There you go, it’s added.

Now to toggle Low Power Mode on or off, you just open Control Center and tap the icon that represents it. It looks like a draining battery. Much easier!

Gone are the days where laptops were considered as a...
Home

Do Electrostatic Air Filters Work? The Pros and Cons of…

Air filters aren’t terribly costly on their own but can...
Food

These Are The Breaks - Why Your Microwave Keeps Tripping…

Here I was, multi-tasking before heading out for a fun...